This is an excerpt of a new book I’ve written with Wes Bush called Product-Led Onboarding™: How to Turn New Users into Lifelong Customers. You can buy it now!

Some people say that you shouldn’t read a book by its cover.

The first few moments with anything are crucial in shaping your perception of it.

Once that first impression is formed, it's hard to shake.

This concept folds into everything – job interviews, coffee dates. And yes, even product experiences. When a user has a bad first experience with a product, chances are they’ll toss it away within minutes. Even worse, they might become vocal critics stifling the growth of your company.

It boils down to this: your product’s growth depends on your users’ first impression formed during the onboarding experience.

As discussed in another article 3 Common User Onboarding Myths Busted, user onboarding has a direct impact on the future growth of a product, and it starts during the first steps in the Pirate Metrics Framework.

In this blog post, you’ll learn the three data-backed reasons why user onboarding is the most important part of the product-led growth (PLG) go-to-market approach.

1) User onboarding is a retention lever

No matter what industry you’re in, the best customers don’t abandon you after their first purchase. They come back time and again for more.

Though it’s an often overlooked metric, retention plays a significant role in boosting revenue. That’s because it increases the customers’ lifetime value (CLV).

Retention starts with user onboarding – and the numbers prove it.

ProfitWell did a study of about 500 different software companies spread between both business-to-business (B2B) and business-to-consumer (B2C) companies. They found that customers with a positive onboarding experience were more likely to stick around than those who weren’t happy with it.

Hubspot saw this first-hand with Sidekick, an email tool for salespeople. After making positive changes to the way they nurtured new customers in Week One, they saw a 15% lift in retention during that week. This catapulted into a 50% increase in retained users after 10 weeks.

What happened at HubSpot Sidekick is not an outlier.

But it goes even further than that. The effects of user onboarding are even more pronounced once users hit Week 12. For those who completed InnerTrend’s onboarding process, the retention rate is almost three times higher.

When someone first signs up for a product, they’ll either love it or leave it. Those that are successfully onboarded see the value from it, and are more likely to stick around, even years later.

This is especially true for SaaS companies:

"In working with a number of SaaS portfolio companies, I have found that there are two causes of churn that occur more frequently than any others. They are: failure to successfully onboard the customer and loss of the champion who drove the purchase."

2. User onboarding is a revenue multiplier

A truly fabulous user onboarding experience converts to a revenue multiplier. This is a direct result from improving retention.

We have the numbers to prove it (get ready for some math!).

Let’s go back to the example from HubSpot, where they saw a 15% increase in retention across 10 weeks as a direct result from improving user onboarding.

How much did their revenue increase because of this change?

Let’s say they started with 1,000 users and charged each user $5 per week without a free trial period.

Now let’s compare that to what happened when they nurtured new customers properly with an improved experience. Revenue from Week 0 to Week 10 adds up to $26,425.

Even more remarkable is if the number of retained users and revenue remain the same for the remainder of the year after Week 10. That’s $78,925 in annual revenue, which is a striking 50% increase.

All thanks to a better onboarding experience!

Let’s assume that they can consistently get 1,000 new users to sign up each week for the rest of the year. If we assume their new signup growth remains flat at 1,000 new customers per week for one year, the improved user onboarding experience would account for a massive increase of 49% to the monthly recurring revenue (MRR)!

So you see, small improvements in treating new customers with care can result in enormous growth.

Plus, ProfitWell’s survey shows that those who have a positive onboarding experience are more willing to pay.

The point? User onboarding really does set the stage for future success and has a huge impact on your revenue growth.

So it comes as no surprise the biggest weakness in growth stems from that initial first impression. Casey Winters, Chief Product Officer at Eventbrite, said:

"The real growth problems start when people land…and leave. They don’t stick. This is an onboarding problem, and it’s often the biggest weakness for startups."

If having a user onboarding experience is a retention lever and revenue multiplier, bad onboarding can lead to higher Customer Acquisition Costs, or CAC.

The CAC is easy enough to calculate. Simply divide all the costs spent on acquiring customers (a.k.a. marketing expenses) by the number of customers acquired in the time period the money was spent.

For example, let’s say a company spent $100 on marketing in one year and acquired 100 customers in the same year. Their CAC is $1.

Which one would you prefer to see in your company’s own metrics?

Alright, let’s put this another way.

Perhaps you spend $1 to acquire new signups, converting at 1%. That CAC is $100. But, if you optimize onboarding and increase the percentage of active users who become paying customers from 1 to 2%, that CAC cuts in half to $50.

Excellent onboarding has an abundance of payoffs: it leads to higher activation rates and subsequently, a lower CAC.

"If you’re losing 60% of your new users after the first session, it doesn’t make sense to spend a ton on acquiring signups or your CAC will be high. The unit economics will not work out."

To summarize, user onboarding is a retention lever and revenue multiplier. It also directly impacts lowering your customer acquisition costs.

These are some of the reasons why user onboarding is so crucial—it can have such a snowball effect on growth.

User onboarding allows you to unlock the inherent value of your product. If you get the first few moments of your product right, your customers will stand by you, for weeks, months, and even years.

This is an excerpt of a new book I’ve written with Wes Bush called Product-Led Onboarding™: How to Turn New Users into Lifelong Customers. You can buy it now! 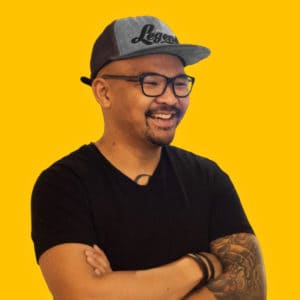 Ramli John
Ramli John is the Director of Training at ProductLed. He is the author of the bestselling book Product-Led Onboarding: How to Turn Users into Lifelong Customers.
5 / 5 ( 5 votes )